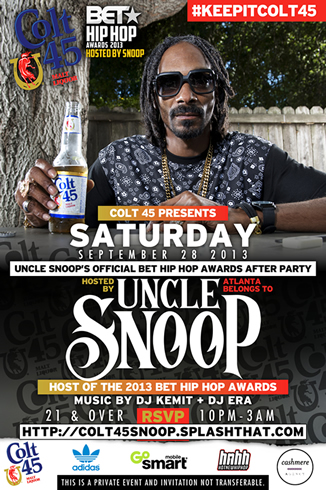 With less than 20 days of production time, the Cashmere Agency partnered with our the Tomorrows to produce an incredible after-party experience for the 2013 BET Hip Hop Awards.

This year’s award show was notable because it featured the legendary Snoop Dogg as the master of ceremonies and host for the event. Colt 45, along with other sponsors, helped to organize this special event to celebrate the achievement and milestone for the accomplished creative, Snoop Dogg.

The event featured everything that Snoop Dogg and his guest would want… along with complimentary Colt 45 beverages for all.

This was a great and unique opportunity to re-introduce the classic “40” malt liquor bottle along with the flavored beverages to the Atlanta beer drinking community. By producing such an elaborate and successful event, the brand showed dominance in-market and set the tone for future events in Atlanta, GA.

Snoop Dogg arrived at the venue around 12:30 am and partied with the audience until the lights came on at 3:00 am.

Over 700 guests attended the event, and Snoop showed us a lot of love via social media. 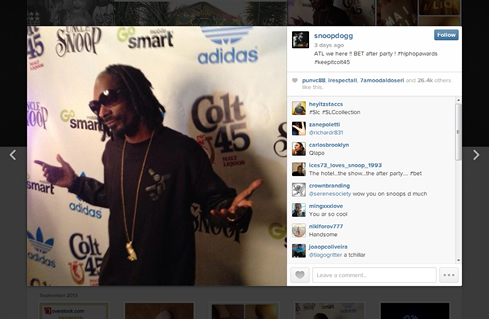 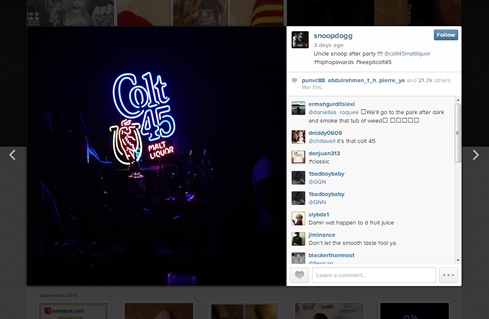 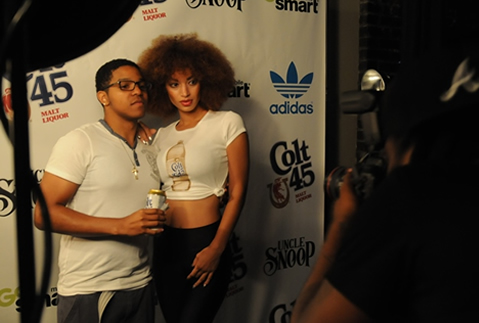 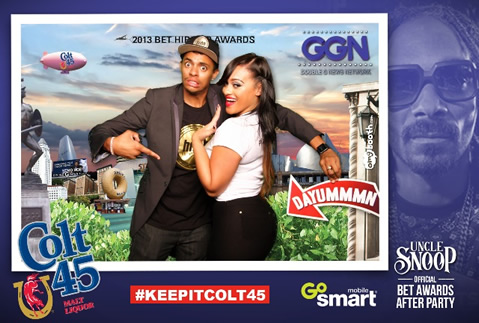 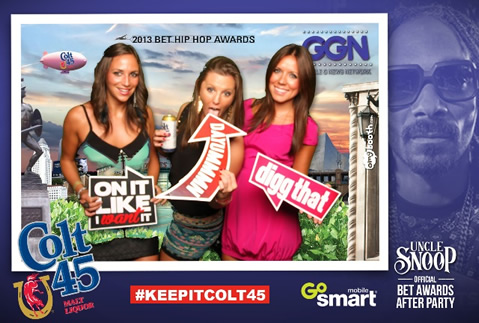 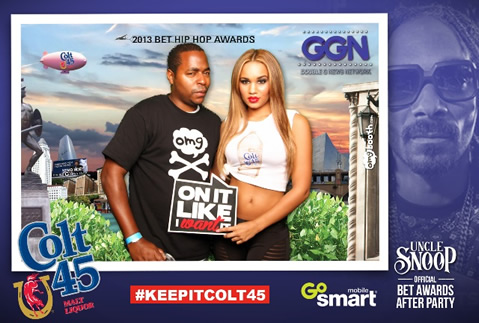