(Atlanta) The All Three Coasts Hip-Hop Festival (A3C) has been at the forefront of music and technology since its debut in 2005, which makes this year’s culture celebration the perfect place for the soft launch of A3CxTECH. Featuring conversations with industry experts on the cusp of this exponentially evolving space, “xTALKs” will offer 30 to 60 minute story-telling session designed to push the intersection of music and technology into the future. From Jay Z’s deal with Samsung to the importance of social media for new artists, the evolution of the home studio to building an independent record label, xTALKs will recap and ultimately redefine what it means to be an artist in today’s tech-dependent world.

The first xTALK is headlined by Atlanta’s own Jermaine Dupri and marketing executive James Andrews during 2013’s A3C on October 2. Dupri’s So So Def Records was one of hip-hop’s most successful movements and the platinum selling artist has successfully shifted his interests to the very intersection that xTALK extols. The second conversation features Young Guru (most famous for being Jay Z’s engineer) and A3C founder Brian Knott, who will discuss the technology of production and its evolution over the years on October 5. The pair of events will serve as a meal-worthy appetizer to an exciting main course set to explode in 2014.

In an age of iTunes and Spotify, Twitter and Tumblr, Serato and Ableton Live, artists are forced to explore new avenues to capitalize on their talents — and if the last 30 years have proven anything, it’s that hip-hop will lead the charge. It’s a natural fit for A3C, the largest hip-hop festival in the U.S., and the only one to truly grasp the nuances of an ever-changing culture. 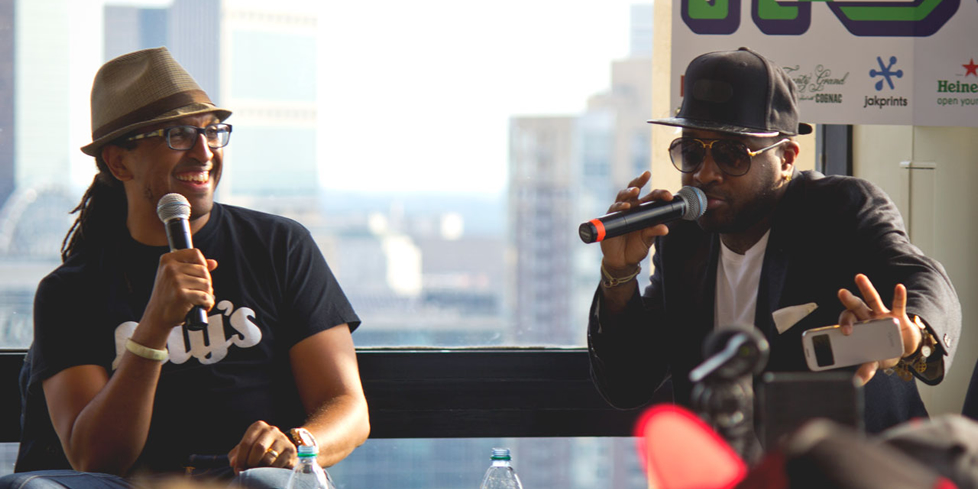 When asked about A3C, Ian Ford said this…

“I just want to help define the ‘Music Tech’ space. I feel like it is slowly defining it’s self with innovations like Spotify and huge deals like Jay-Z and Samsung. Now, as A3C, a major player in the Hip Hop industry, we need to be at the forefront of defining this space.

Once the worlds of music and technology get on the same page… the playing field will be level to the point where a local artist with a huge audience can potentially ink a deal with a major brand, and create something monumental.”